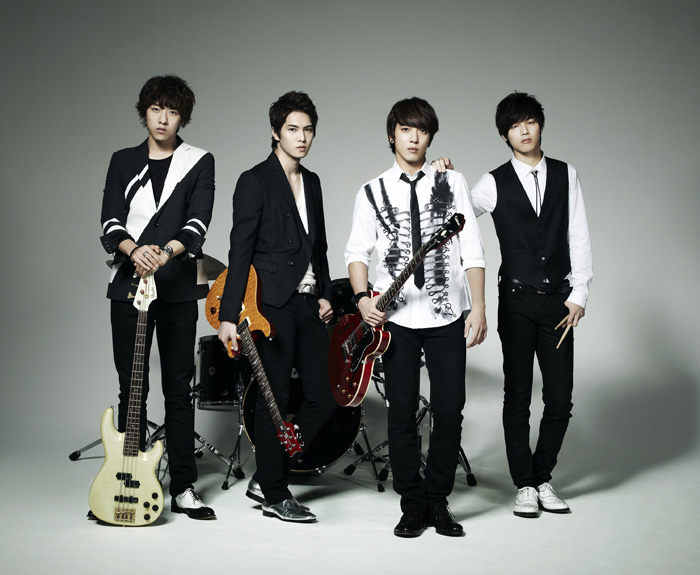 CN Blue made a comeback in Japan in December with the song, Robot. Despite it being an anticipated comeback from fans, I view this as a failure. After it came out, nothing happened. I did not see people hyperventilating over this song as they did with Hey You or I’m Sorry. To me, I don’t like this song, but I don’t hate it. It is not just for me. To me, it was a weak song for them to sing.

despite it showing their ability to change their sound and ability to sing, I was quite disappointed. I like most of CN Blue’s songs but this is just not for me, It is a J-POP song but can I just say that it is more like 80% English, 15% Japanese and 5% Onomatopoeia . I found the beat and instrumental okay, just it was not as great compared to I’m Sorry (which the review should be coming out at the end of February or early March). Yonghwa dominates this song once again, leaving Jonghyun the other vocalist of the group to sing such a small part of the song.  But beside that, nothing much else to say about the song. Well, beside their English. “I’m a robot” sounds like gibberish to me, but it is okay.

The music video was quite simple. Them playing instrumentals, with a whole heap of electrical cords around them. And then the cords fall. It is okay, but something a little more epic would’ve been better to suit the song. Slo-motion scenes of the cords breaking is not what I would say is epic, but quite lazy. But hey, it still looked good.