4Minute is finally back with a brand new, badass song. Described as “Fantasy Hip Hop”, I think the world “Pop” summed the song up really well don’t you think? It is not your average pop song, but it still what I consider as pop. As for our zombie demographic, Hello! Sorry for neglecting you guys. You guys are finally in a video. That and T-Ara’s Zombie Lovey Dovey version. Don’t eat my brains please.

At first, listening to this song. I was quite disappointed. But after listening to it for the 1075895893456489534895x time, I actually find it quite addictive and it, honestly, sounds very attractive. This is the badass song that I have been waiting for since their previous hit songs. They claim the song will take you back to the Muzic era. I don’t really feel anything, except for the fact that I did not go back in time at all. Quite disappointed. I actually like the song. The beat was amazing. I love the chorus and the rap that Hyuna has. The English parts are quite good as well, “What’s Your Name?”. The start however sounded quite familiar. Ice Cream anyone? Just one small complaint though. Give the leader some more lines!!! She seemed quite sad with only like 2 lines in the whole song, while the other members got 609756867567 lines. Seriously!!!

I don’t know why YouTube stuffed up! I blame the flashing lights in the video.

The music video on the other hand seemed quite random. At first, it seemed normal. Until the zombie apocalypse came. Well, just to point it out, they still look quite attractive despite drooling for brains. . Hence, why I am going to focus mainly on the zombie side of the music video. I guess we can say: That was a pleasant surprise  If you were expecting that, there is something wrong with you. If that is a good thing or a bad thing, I won’t say. Now I guess they reacted like normal people when they first say the news. But how they reacted when the zombies came that got me raising my eyebrows. JiHyun (?) is suing her police baton which she basically stole from the policeman earlier in the video to her advantage. So is the maknae, grabbing the chair. As for the other three, crouching down with a bunch of zombies won’t do much. Nor will holding a hairdryer will help your life. What is going to happen? Is the zombie going to be blown away?

As for the dance, I thought it was cool. It also seems that 4 Minute will be going back to their lip syncing problems. That or the performance did not match up with the music. But overall, pretty cool. 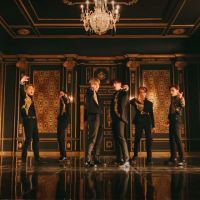 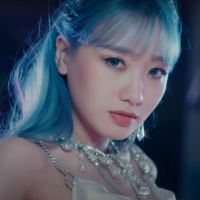