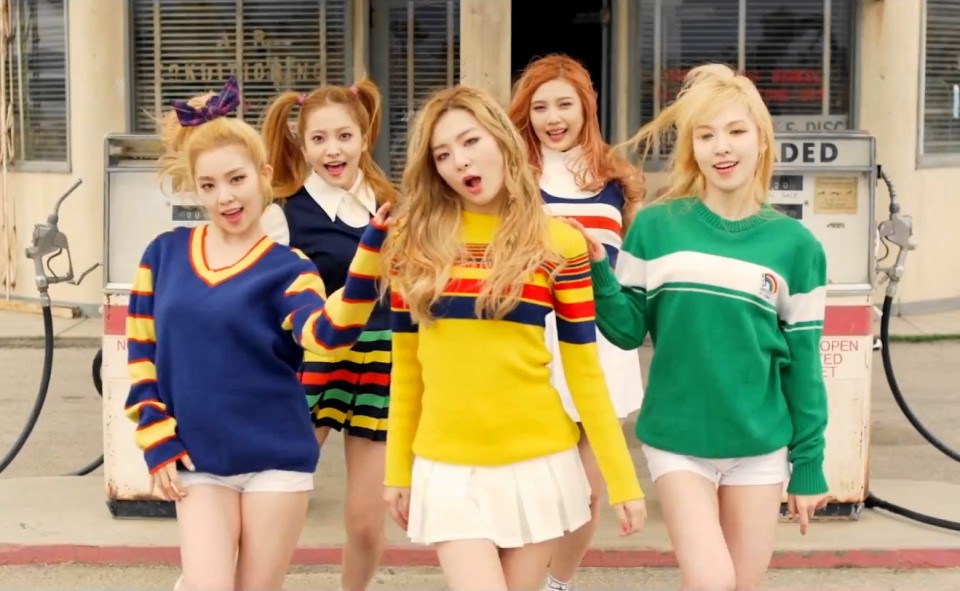 A very hot comeback at this very moment of the year would have to go to Red Velvet’s Ice Cream Cake. They achieved a great debut that was mildly successful last year with Happiness and switched it up for their comeback Be Natural, proving to fans that they are capable switching from one concept to another. But now they are back with an extra member if you have not realized. Yeah, Yeri was added to the lineup for this promotions and will remain forever with the band. Fans got a little concerned as they were suddenly under the impression that Red Velvet would become a rotational group. Needless to say, SM denied these rumors and declared Red Velvet as a 5 member group.

Yeah, another song that made me cringe at the very first listen to it. But it became better. Actually, I like the song so much now, that I replay it 24/7. This song has more of an EDM feel to it with the techno and electro vibe that it has. I was quite surprised when I first heard the song, mainly because it really wasn’t the track I actually expected. The girls vocals are quite powerful and fit in well with the instrumental. The rapping was kind of… uncalled for. I agree a rap was needed but their style did not seem like it was the best thing ever. I absolutely love the “I Scream, You Scream, Gimme That, Gimme That Ice Cream” part of the song. Also, it seems like the girls have gone for more of that really annoying “Lalalala”parts of the song. I really did not have a problem with it last year, but it eventually got to the point of annoying me a little bit. I can see it happening to me once again. Overall, it is an amazing song that I actually like a lot.

The music video was shot in Las Vegas, I believe. Well some place in America. The song did have that American feel to it, so I wasn’t really troubled with the overall American feel of the music video. I personally hate their costumes or clothing that they wear though. Are you trying to channel Sherlock Holmes or be like those pedants we get at school or universities. Also, why do the girls have to have similar hairstyles? They freaking look the same and I cannot tell the difference between them. I know, racist. But I am also Asian. And usually I can tell who is who. Also, Yeri is how old? One of the scenes should have been taken out. I know she was being cute and all, but I am sure she is still a minor and that downward camera scene was uncalled for. I honestly did not have a problem with it, until I read the comments on YouTube. I like it how they really did not centered the music video on an Ice Cream Cake. I can just imagine SM having the idea of them dancing on some big cake in a studio. Nice video.

I am very impressed with the dance. Not exactly sure why they need to spin on the floor, but I liked the dance. I love the chorus dance. It is addictive and fits in with the song. Love the part of the “I scream, you scream, gimme that, gimme that ice cream”.

Overall, this by far is their best comeback to date. I loved it entirely. It could have been a little better and “slayed” us all, but it was remarkably good for a group that I still deemed as a “rookie”. 9/10