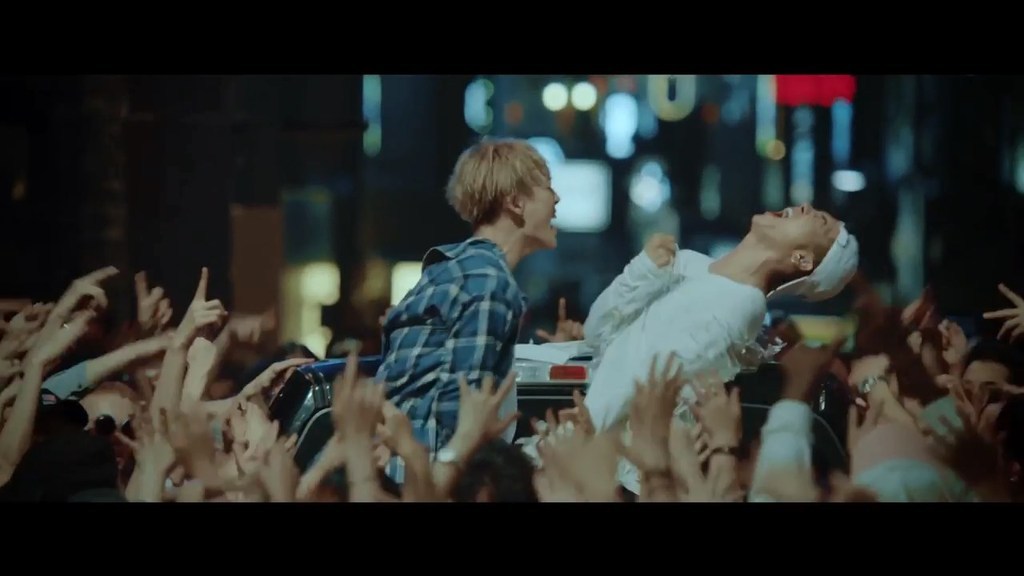 MOBB is a subunit that compromises two rappers. One coming from Winner and the other is from iKON. if you have been following the site for the last few days, you probably can tell who is who. That’s right, Mino from Winner and Bobby from iKON have joined forces to create a subunit that will be engraved into the minds of their fans. Both have previously returned with their own solo song and released their collaboration the day after their solo releases came out. Check out those reviews by clicking their underlined names above.

Out of all their releases for this subunit, this song really takes the cake (because party = cake). This is such a freaking amazing song. Once I started listening to the song, it is pretty hard to move onto another song. This song just continued to be on repeat. And when I do move onto another song, a part of me wants to go back and listen to it again and again. This song fits joins the great party vibe of Bobby’s and the laid back feel of Mino’s solo releases. The song is bright and vibrant, suiting that party vibe. It isn’t too hard hitting and not over the top in terms of production. The instrumental was at the right balance and didn’t feel too overpowering. From Mino’s and Bobby’s rapping to the vocal work done by Kush (who is Kush? – According to Wikipedia, he is a producer signed to a sub-label that falls under YG), it all fits very nicely and the distribution is quite even. All I can do is praise this track because I think it is flawless.

I did say Mino’s song was flawless yesterday. But the music video was a major let down. This song is flawless and I think the music video fits in well with the song. Essentially, what happens in the guys make sudden plans at night to go partying and we see them get ready, meet, ask politely for the taxi driver to change songs on the radio and arrive at the party in style. Then they proceed to bring the party to the streets. There isn’t anything to complain about in the video. It goes hand-in-hand with the song. It is pretty simple and makes sense without blowing a budget or overdoing it. I do honestly wonder if an actual party is going on in the video or if everything was staged? Because (while I don’t do parties), it would honestly be interesting to go to one of these parties and be in a music video.

Final Rating – 10/10 (Simple and vibrant. Yet still managing to hit the right vibes for a party or club).