Stray Kids have had a pretty successful debut so far with District 9. While there doesn’t seem to be too much competition with other new male groups so far this year, Stray Kids have already made a name for themselves in the overseas market. To keep people talking about them, Stray Kids will be following up with Mirror, which is a track off their debut mini-album, I Am Not.

Mirror seems to follow their previous title tracks with its dance-based songs. Interestingly, this song is less intense than their previous songs and it leans toward a pop sound during the chorus. It is an interesting mix, going back and forth to the EDM. Even more interesting is the fact there was a complete slowdown during the bridge, which my opinion worked nicely. This particular sound does allow for the vocals to be heard and they did flourish. We got a taster in District 9 but it would have been interesting to hear more of the vocals (since their songs are already rap dominating), particularly  on a different canvas. While I understand that this may be a little plain for some people, it proved one thing for me. Despite their deep voices and dance-centred title tracks, versatility might be another aspect to keep an eye out. But going back to Mirror, it was a pretty good song overall.

We don’t really have a music video. Rather, earlier this week, they dropped their ‘performance version’, which serves as the promotional video. I feel that while the video looks like it is in line with their debut and pre-release, they could have added something more to make it interesting. For example, a set change for when we launch into the chorus would have made this video pop more and become more memorable. Despite that though, they did do a great job channelling the tough vibes.

What makes the video interesting is the performance rather than the visuals of the video. I really like the mirroring at the start and how they ended the performance in a similar manner to the start. Their formations looked really cool and it was extremely captivating to watch. 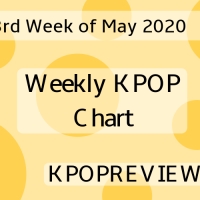 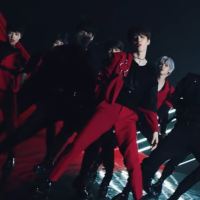