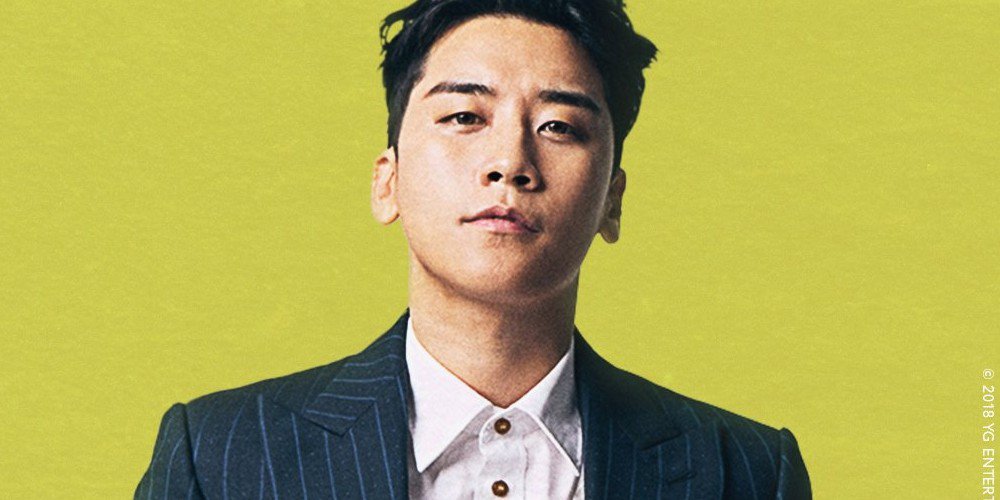 So I wrote yesterday that I would be reviewing Seungri’s full album later this week. I just did not remember that I had organised for this to be done the day after. But we are here to look back on the release of Seungri’s first studio album, which is titled as The Great Seungri. His entire album seems lean towards electronic music, with the exception of just a few tracks. But that is all for you to read later on.

3. Love Is You (ft. Blue.D) – Love Is You showcases a groovy R&B sound which I really like. It attracts my attention straight way, especially with the guitars throughout the song. Seungri has a nice voice in this song, which makes it even greater. Joining Seungri is Blue.D, who I just found out is a YG trainee. She has a very nice husky voice, which complements Seungri’s vocals very well. It was quite disappointing when there wasn’t enough opportunities for the two to sing together. There were some and it left me wanting more (I am not considering the chorus as the focus was on Seungri the entire time and she was only heard as backup vocals). But other than that, it was a good song. (8/10)

4. Mollado (몰라도) (ft. B.I) – The next song on the album takes on that Latin trend that KPOP has been having this year. It combines that Latin sound and EDM, creating a very catchy and upbeat sound that sticks in your head for quite a while. The song also features B.I from iKON, who delivers a really cool rap sequence for the bridge of the song and takes over the hook at the end. Little confused to why they allocated that part to him but I am not complaining. (8.5/10)

5. Sweet Lie (달콤한 거짓말) (ft. Dannic) – What makes this track so awesome is the build-up to the epic drop and the epic drop itself. I honestly pass over the vocals. They are good, and the production did a good job of letting the two come together but they just weren’t at that same level as the instrumentation. It remained too consistent here, staying within the same style for the entire song. I feel like if his vocals were tweaked a bit or some autotune was applied, this would have been much more appealing. (7/10)

6. Be Friend – As soon as the song starts, you are basically thrown into this extremely upbeat yet cheerful atmosphere. The instrumentation reminds me of a G-Dragon song, while his vocals felt like some that iKON would be releasing as a b-side track. The combination of the two does work together and allows Seungri to deliver a catchy song. A part of me also thinks this song could work as a soccer anthem, just some tweaking in the lyrics would be required. (8/10)

7. Hotline – The instrumentation and the hook for this song would work extremely well for Psy. It also sounds like the perfect song to slide into a random group at the club to. Just listening to this track, you can basically imagine a club-themed music video, which seems to be something right up YG alley a few years back. It is another song that hypes the crowd up and attract your attention. It had a powerful build-up and great level of energy to it, which I like. (9/10)

8. Alone (혼자 있는법) – Following the electronic music theme that this album had going on, Alone brings a different feel to the table. Something which the album hasn’t experienced yet, emotions. I also like how ‘different’ the synths during the chorus felt. Instead of usually featuring an increasing tone, it felt more like a downward spiral, which I thought was interesting and quite cool. It did get a little repetitive towards the end, but it was still good. (8.5/10)

9. Good Luck to You – The album saves the best track for last. The song starts off generic but once it gets to the chorus, another epic drop presents itself. I liked how there was two sections of the chorus drop, which felt like it prolonged the awesomeness of the chorus. The lyrics for this song were cool and Seungri’s vocals here has to be my vote for best on the album. I would have liked for there to be a rap of some kind of give the song some edge, which would have it made more interesting. But overall, one really great song. (9/10)