All bow down in the presence of the digital queen! IU has made her return to the music scene with BBIBBI. This new release celebrates her 10th year since debut and it quite clear what she has accomplished so far in her career. The last time we saw IU on stage was through Palette and more recently, in a collaboration with Zico.  And as we speak, her latest single has already topped some charts.

BBIBBI is a little different to anything we have gotten from IU in the past. I personally not sure how to exactly describe the song. It has those common pop elements that I associate with the genre but there is a certain level of aesthetics that doesn’t really make it fit into that category. I was going to say a tiny bit of R&B but once again, the aesthetic doesn’t make it fit into that label. Whatever the music style, the song is very nice sounding. It is modern and I like its soothing effects. IU’s vocals bring a certain level of innocence to the song but also some complexity. The chorus was quite addictive. I love the odd bumping synth in between the first chorus and the second verse, along with the very peculiar bridge that she presents us. It is a song that I don’t stay for the energy but rather for the interesting vibes that come off it.

The music video takes on a little odd factor but I think it is fitting for the message she is attempting to get across. The song is about giving a warning to others and being your individual self. It is a nice video. I would say it is rather plain but you are trying to guess what she means with the certain clothing she is wearing and what she is doing throughout the video. I thought her mini dance routine was really cute, with her facial expressions being the highlight during that scene. Overall, it was a good video.

Not technically sure if she will be promoting this track. Since it is just a digital single, I don’t think that seems to be the case but who knows! 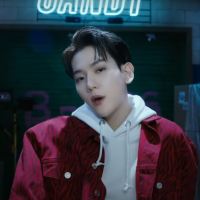 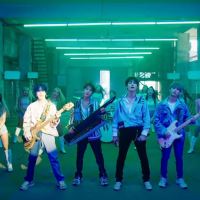