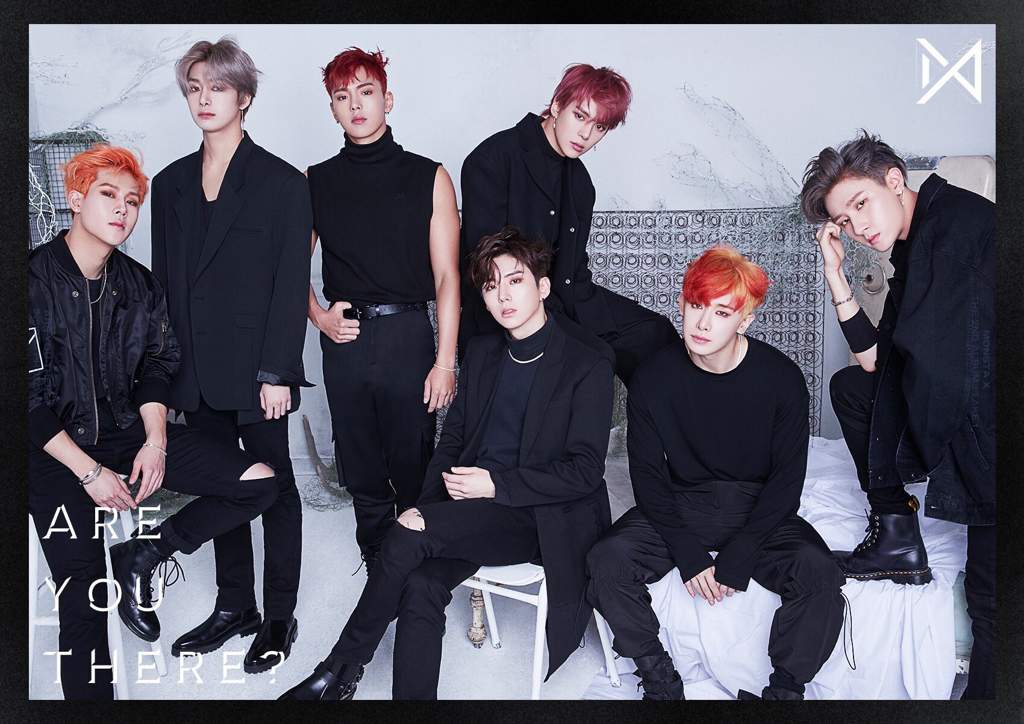 Monsta X returned earlier this week with their second studio-length album, Take 1. Are You There, which featured Shoot Out. The album features 10 songs, however (as usual), I have omitted the introductory track from the review. While there are other album reviews currently waiting for older releases, I decided to bump Monsta X’s album up for review to avoid falling behind for more recent releases. And it is also too good to pass! Continue reading for more of my thoughts on each song on the album!

2. Underwater – Underwater is a strong to start to the entire album, minus a very significant change in the song’s instrumental. It is extremely calming and soothing during the verses and the chorus. I really like the melody of the song during those parts and its smoothness. However, it isn’t a Monsta X song without some EDM. And we get that is very small doses. Very small unnecessary doses. I would have loved the song without those erratic changes in the instrumental but it too sudden of a change for me and I just can’t get used to it. (7/10)

4. Heart Attack – I personally like the way the start of the song hyped you up for the rest of the song. It is a rather simple tactic, but it really left a lasting impression. I thought the heavy bass was complimentary to the hype factor. Also, I thought the xylophones in the instrumentation were very interesting. The rapping perfect for the song and the vocal work was amazing. The song did get repetitive towards the ending but that was the main charm of the song, so I am not too troubled by it. (9/10)

5. I Do Love You (널하다) – Taking a step away from the dance tracks is I Do Love You, which is a nice house song that focuses on the vocals of the members. The rapping was nice, but it took more of a back-seat approach, giving the vocalists time to finally shine on the album. I thought the song would have been more suited for a release during the Summer season due to its brightness. I like the bridge of the song, particularly with (who I believe is) Minhyuk’s section (who also had the section ending the song), which quite refreshing. (9/10)

6. Mohae (어디서 뭐해) – While the last song was more of a breather, we quickly return to the dance elements that we know Monsta X for. And once again, the raps do shine in the song. The rap took up the majority of the second verse and it must be one of the best verses on the album. I thought the chorus was quite addictive and I really liked the melody. While the vocalists did an amazing job with their section, I wish to turn back to the rappers, who also had singing parts during the bridge, which I automatically liked. (8/10)

7. Oh My! – This has to be their best song on the album. I am not going to even ramble on with this statement. Did you hear that line just before the chorus? So, addictive and very dynamic. I thought the chorus was very catchy and the ‘Oh My!” hook was so damn good. I also like the two deep drum beats that you hear with the ‘Jak Jak’ lines of the song. Really brings out the hype factor (which I mentioned earlier for another song). Both the rapping and vocals were superb. (10/10)

8. Myself – Nothing points to intensity better than a repetitive deep drum beat. But what makes this song so interesting is its approach in terms of both vocals and raps. Both elements of the song were a lot huskier than usual, which makes this so damn good. It isn’t anything you expect but it adds to the intensity. The song mixes R&B and Monsta X’s usual dance style, going for something in between. The song itself reminds me of a VIXX b-side as there is also a level of eeriness, which I thought was quite cool. It is another perfect song on the album but it just misses out on the title of ‘Best Song’. (10/10)

9. By My Side – What is missing from the album? The ballad, of course. By My Side is the closest we get to the ballad. It is slow and calming. It is just the song uses more bass than usual ballads and has a horn-like squeaky sound that you would consider atypical in ballads. I personally like it despite it not being the most pleasant synth out there, but it gives the song an intriguing vibe. Once again, the vocals were at the forefront for the ballad, but the raps were equally as good. (9/10)

10. Spotlight (Korean Version) – I have previously reviewed the Japanese version of the song. Click here to read the full review of Spotlight. (8/10)