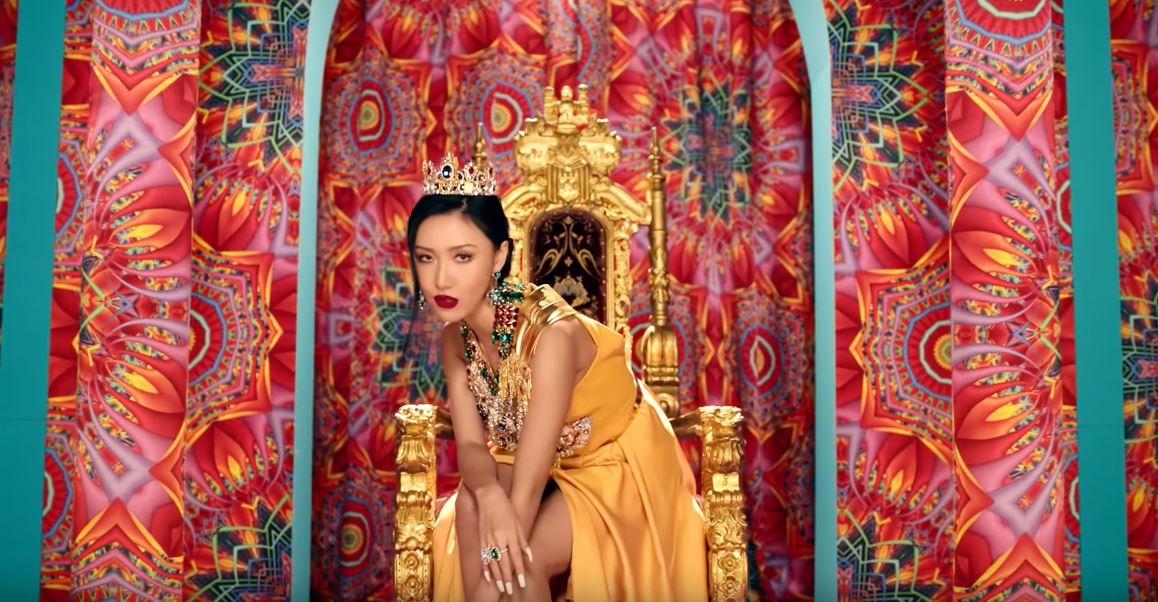 Listening to the song, I felt like the song was more suited for the Summer seasons. It is bright and upbeat, something you don’t get too much in these colder months (though Korea is fast approaching the end of the cold season). But that being said, it is a strong song suiting Hwasa’s image from the very second it started playing. The song shows how a person is calling themselves (and others) a dummy and twit for not being able to care for their respective lover. The instrumental is made up heavy beat and dramatic flair, offset by a light panflute that is played over and over again at consistent intervals. I find this to be very intriguing. Alongside the song, we get Hwasa’s raspy vocals that really adds another sound and texture to the song. I particularly like how she kicks her vocals up a notch via the bridge, which is where we get the vocal climax to the song. Overall, Twit is a nice song that showcases the strengths of Hwasa.

The music video opens up with the male actor trying to get the attention of Hwasa. While this does annoy her throughout the video, the guy ends up leaving her at the end of the video, making Hwasa the ‘twit’ of the video for disregarding her lover. Another take on the video (see the comment section for a more detailed explanation) is that Hwasa calls the male actor a twit for being too focused on her (the scenes throughout the video showcases Hwasa as the centrepiece (i.e.e she is the queen, all the guys are staring at her and she is uniquely confident). This causes the guy to become upset and leave Hwasa at the end, despite her best efforts of her showing him that she still cares for him. Throughout the video, we see shots of Hwasa being confidently sexy, which could be an indirect response to her recent controversy regarding her outfits at the MAMAs. Wheein also pops up in the video, where both Wheein and Hwasa are rubbing shoulders with each other. It is a very bold video, which I think suits Hwasa and the song very well.

We don’t see much of the choreography in the video. But from what I can see, Hwasa is going to be bringing sexy to the stage with this performance. On top of that, an element of fun may be present. We won’t know for sure until a live performance is available so I will be back when that occurs.
[Updated] She definitely brought her sexy game to the stage with this comeback. Though, I wasn’t as impressed with the choreography that was chosen for this comeback. It didn’t feel as enticing as I had hoped for, Her moves felt fitting with the song but I couldn’t help but describe the performance as mediocre.