Due to my studies, I may end up publishing my reviews for TXT, VAV, DAY6 and other comebacks on Wednesday. There may also be a possibility that I will publish them over the weekend if things get a little too hectic on my end. Apologies.

Making their return today is NU’EST with Love Me. It has been a big year for the group so far, with the long-awaited return of Minhyun to the group’s lineup; a full group comeback with Bet Bet and Happily Ever After; the conclusion of their music video quadrilogy storyline; and an Asian tour. And now they are jumping right back into promotions with their new single and mini-album, The Table.

After a string of dark songs (including NU’EST W) releases, I was surprised to hear this release. Its tone is a lot brighter and colourful, which is unlike NU’EST if you are a new fan. But this isn’t exactly new for the group as Sleep Talking (released back in 2013) was also a bright and colourful track. Despite the change in the group’s sound, I did feel like the pop-dance track fitted in with the rest of the discography whilst still being fresh at the same time. Love Me is quite catchy, with the title repeated for the main bulk of the chorus. A little one-dimensional given today’s use of that technique. But I think that repetition really set up the rest of the chorus to be punchy and more lively. The whistling was also another good aspect of the song. I did want more from the vocals and rapping as it didn’t really ping me as memorable. The song went by quite fast (due to its 3-minute length), so the vocals and rapping should have been bolder to really impact me. But the chorus and catchy nature already do quite a bit and I think this managed to satisfy me.

Like the song, the music video manages to be colourful. But given NU’EST’s past quadrilogy (which I didn’t know was a thing until Bet Bet came out), I have a strong feeling that there is a storyline somewhere in the midst of this video. What that storyline is, I have no idea. And it is this potential storyline that has me interested in this video, as the rest of it just doesn’t look too intriguing for me. Apart from the bright and colourful nature that I already spoke about, nothing really stood out to me. Plain and standard would be the right words to use in this sense.

While the moves look good and all the members were constantly moving throughout the performance, I couldn’t help but think that the overall performance did look a little bland. I know, how hypocritical of me. I think I just wanted something more with this comeback and none of the three elements that I focus on in my review really delivered that ‘something more’. I did like the end, when Minhyun and JR had ‘solos’ from the rest of the group, as this part looked a little more dynamic than the rest of the performance. 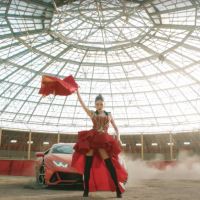