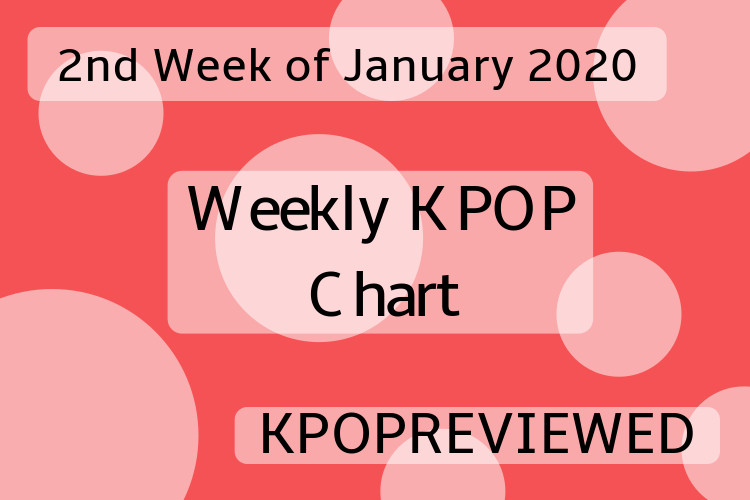 Today’s Weekly Chart post is going to be a fast one as I am a little late for an appointment and need to get this done as I have no time today. In other news, I have completed the first stage of my move. However, I may be absent this week for personal reasons. But I will try as many reviews done if I have any time on my hands.

Topping the charts this week is Golden Child’s Wannabe. I know the song was released in November of 2019. But the song is still one that I come back to each week. It is just this week, I came back to more than any other song. VERIVERY’s comeback, Lay Back, chills out in the second position, while TST’s Count Down begins its countdown in the third position this week. ASTRO’s Blue Flame burns brightly in the fourth position, while Kim Jae Hwan’s The Time I Need spends another week in the fifth position. For more of the charts, scroll down below.

Songs leaving the chart system this week include:

Thank you once again and I hopefully will see you during the week via another review.