Apologies for the 3-day late review. I know I promised the reviews would only be a day late last week, but I took some time off over the weekend as I needed to recover from a lack of sleep. One of the reviews that were meant to be published on Saturday is Moonbyul’s solo comeback, Eclipse. The Mamamoo rapper and vocalist made her solo comeback back in 2016 with Selfish (which featured Seulgi from Red Velvet). It has been a while since we heard any solo work. I do need to warn you. If you are expecting something along the lines of Selfish, I would quickly change those expectations now.

Why would I lead into the review with a change in expectations? Well, Moonbyul goes full blast with Eclipse. We have never seen her like this. Not in Selfish and definitely not as part of Mamamoo. I think the relevant way of it saying it nowadays (Internet jargon/slang is not my thing) is that ‘She snapped’. The song has this intense trap-based dance instrumental as its backdrop. While this is typical in the industry, the way the song manages to come together makes it sound epic and helps breathe new light into the style/sound. There are also some smaller details such as the song’s slow down moments (which provide relief from the intensity) and the deep voice in the background during the chorus that helps with this. We see a mixture of Moonbyul rapping and singing in this song. I won’t describe this as an extension of what we have seen so far. Not when she raps with such intensity and her vocals shine through thanks to the raspy nature of her voice. I feel like Moonbyul created her own identity through Eclipse, far away from what we are used to. The song itself is also catchy and has a nice rhythm, which appeals straight to my tastes.

Talking about ‘sides’, Moonbyul presents two sides of herself in the video. I think the first is Moonstar, which is represented through the white outfits and her much lighter makeup. The second is Monster. This side of the artist is presented by the black outfits and heavy eye makeup. I definitely thought this was a very strong concept. Two sides of an artist has been visited before. But this one feels a lot more fulfilling once you finish watching the music video. I am not usually a fan of the flashy nature of music videos, but I thought it was very well used in this video and helped with the intense aesthetics.

I liked how despite the fact that Moonbyul still had to rap and sing throughout the performance, she delivers with her moves. No moves stood out to me. But I thought it was a cool performance, regardless. 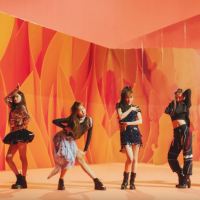 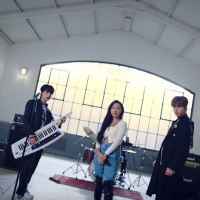