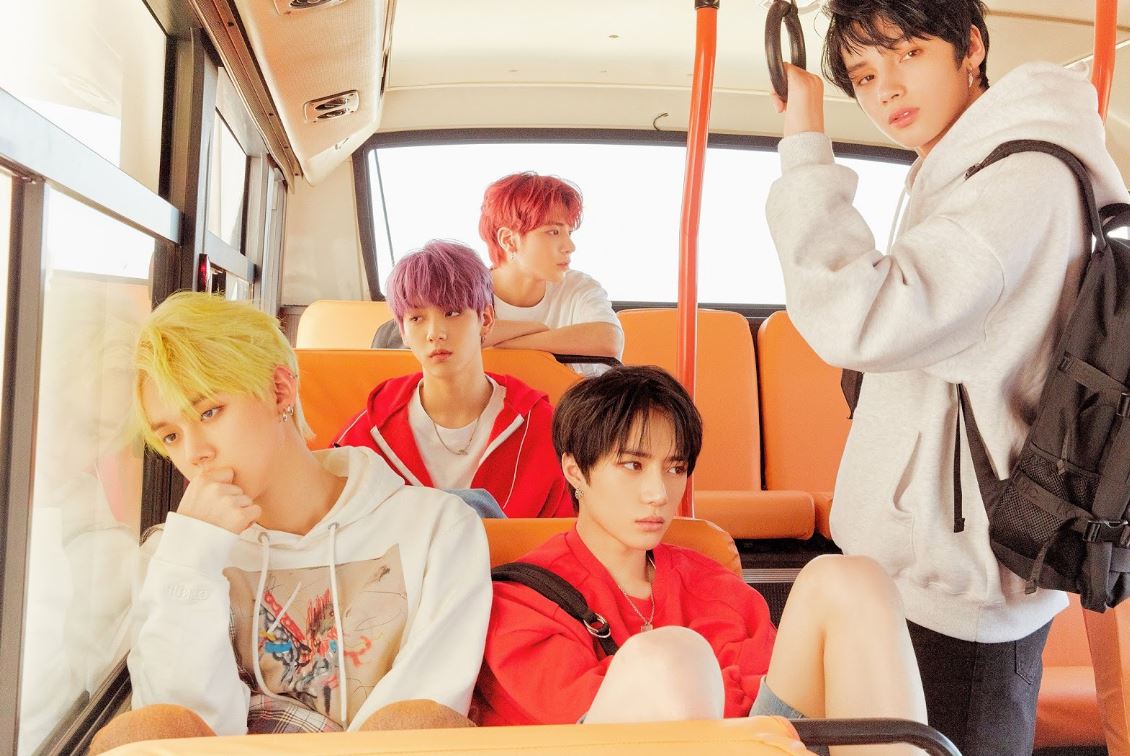 It is time for another album review. And today, we will be looking more closely at TXT’s latest mini-album, The Dream Chapter: Eternity, which features the group’s latest single, Can’t You See Me. I don’t want to give away too much of my thoughts on the album before we get to the more juicy bits of the review (i.e. the songs). But what I will say without spoiling those thoughts is that this album is definitely one to check out before reading the review. I don’t want to spoil any of the surprises that TXT has installed. This album has officially become one of my favourites of the year and I am very impressed with this establishing male group. On with the review!

1. Drama – What an outstanding opener to the album. Drama kicks us off with a very energetic and upbeat funky number that I will definitely be replaying constantly into the future. I really like the deep and accented piano that just stands out in the instrumentation. I also really like the funky guitar rhythm that we get in the chorus. It pushes the song along very nicely and adds additional energy to the song thanks to its fast tempo. The addition brass really gives it some extra life and makes everything feel quite fun. I am not so much into instrumental break, which feels more of a performance element as there wasn’t really anything musically about it. The members themselves sound very nice and helped the vocal melodies standout. But the winning segment of the song belongs to Yeonjun, whose rapping segment was just so on point and more energy to the song. Yeonjun is followed by Beomgyu and Soobin, who harmonized together as a rapper and vocalist effortlessly. It is say to say that they started this album with what I would consider a top song! (9/10)

3. Fairy Of Shampoo (샴푸의 요정) – From what I am reading, Fairy Of Shampoo is a remake of a classical single of the same name by Light & Salt. It is a low tone jazz number that really captures your attention as it is unlike any song that I have heard in modern day KPOP so far (and very different from the song preceding and following it). What I did notice during my initial listen of the album (to decide whether to review the album or not) is that the song had a very ‘old’ Korean pop music melody to it, as it felt like I was listening to one of those covers on the Korean TV show, Immortal Song, where current artists compete with covers of a popular act from back in the day. And this makes total sense, given that the song was released in 1990. The jazzy elements, such as the brass and piano, of the song really made the song standout instrumentally. It may feel like traditional jazz. But mainstream or traditional genres aren’t heard as much nowadays due to the trend of mashing genres. The song brings out the group’s vocal chops. We hear the members sing at a low tone to match with the instrumental, whilst also singing with a falsetto approach. (9/10)

4. Maze In The Mirror (거울 속의 미로) – Maze In The Mirror has an alternative slow rock type of feel to it and this is combined with acoustics. It feels very innocent in a way, given the song’s softness. But I find the atmosphere to be very tense. It might be the song’s lyrics, which is about becoming lost in one’s thoughts and feelings. From what I am reading, the song is based on the thoughts and feelings of the members during their training days. Talking about the members, once again, they sounded amazing in this song. They probably, too, add to the tense atmosphere of the song. Interestingly, their voice stayed quite soothing throughout the song, from start to end. It helped give the song an ominous yet calming tone to the song. I really like how the rock side of the song slowly comes into play as the song progresses. It doesn’t full kick in until the very end, which was interesting. But it is one of the charms of the song, as it slowly churns to that peak. (8/10)

5. PUMA (동물원을 빠져나온 퓨마) – A music video for this track was just released yesterday or the day before. I won’t be writing a separate review for it and will be keeping the music video for a ‘Missed Review’ post later on. PUMA returns the album to the same style which the main title track is based on. Dark and edgy. More specifically, the song conforms to the hip-hop genre and it follows the previous song with a heightened level of intensity. It is another interesting track as when we talk about dark, edgy and intensity, we think of a song that really packs a punch in one way or another. But we never get that punch throughout the song. The instrumental and vocal/rapping stay relatively consistent throughout. Part of me feels disappointed that we didn’t get a musical punch in this song. But at the same time, it would have felt cliché and typical. TXT seems to put a twist on the style and I quite like that idea. (8.5/10)

6. Eternally – I have used the word interesting throughout this album review a lot thus far. But I think we can all agree that interesting is just a teaser for Eternally. The final song on the album starts off as an alternative R&B number. It is rather slow, and their vocals sound so smooth and superb. About a minute and fifteen seconds into the song, it changes up unexpectedly with a trap-based background and the members going into a low tone rapping sequence. If I were to describe another way, think of a really well written plot twist to a movie or story that turns the story upside down. The song re-enters R&B territory, albeit with a slow rock type of vibe to it. We return back to that change up one more time and then the song ends with another slow rock R&B mix. I find Eternally to be very thrilling and a very big surprise. It is experimental in many ways, but I think their trick ends up successful enough to be a 10/10 song. (10/10)